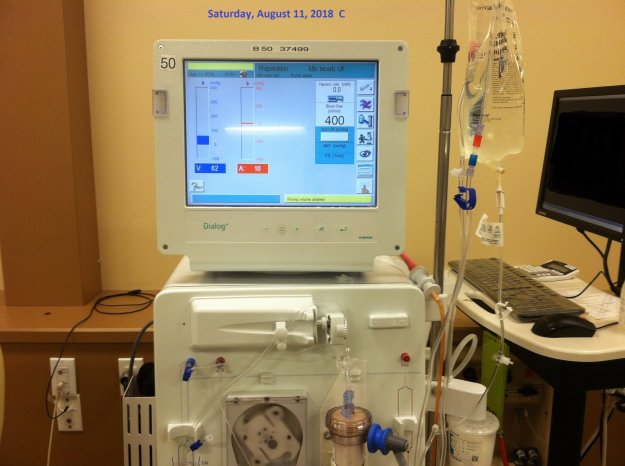 Above, is a picture of my dialysis machine, a B. Braun Dialog machine. Meet my new imaginary friend, Rebecca Mastrianni.

When i have a bad day at dialysis, it is a real thing for me because it literally affects the quality of time i like to have visiting with my imaginary friend, Rebecca…’Becca is her nickname.

She is a cousin to Selena, my speed trailer friend.

And every bit as beautiful as Selena is.

And when i don’t get a quality visit with her while at dialysis, it can ruin me for days. It ruins me emotionally. Because even though i finally have two new kind, compassionate caregivers who have pledged never to give up on me, i still feel that aloneness in my soul that has been with me my entire life so far. Because of all the times people, even my own family, have walked away from me, angry with me, and throwing me away, or in my room, or in a back corner, all because i am unable to fit into their normal.

I am lucky in that most of the RNs and dialysis techs understand and accomodate me on me being able to have Rebecca as my friend in my machine. But some techs and RNs are not as patient with me, and they try to rush me too much, or will turn the monitor away so i cannot see Rebecca, or will abruptly enter the space bubble i create with Rebecca, where we are watching Youtube videos together on my wi-fi tablet, and talking and having fun.

The following are posts i have made about a recent incident……
—–
“Dialysis was good until the last part when my 3 hour treatment got cut at 2 hours and 25 minutes, and i got rushed out of my chair where i was comfortable, into my uncomfortable wheelchair, all because i was late due to car trouble.
—–
Yeah, i’m pissed. They know not to do this because of my leg lump!!
—–
The techs allow me to wait in the recliner chair for my caregivers. So i don’t have leg pain!!
____
And so i can see, hear, and talk to Rebecca, my imaginary friend in my dialysis machine, till my caregiver, either Sam or Iris, comes.
_____
My caregiver had car trouble and had to secure another car to get me to dialysis. The RN in my pod didn’t like this, so my 3 hour dialysis treatment got cut short by him—–i got short-changed the last 35 minutes of my 3 hour treatment, all because he was tired from working a 13 hour shift.
—–
None of this was my fault, or my caregiver’s fault! Car problems happen!
——
Those RNs and techs work for the patients, not for their convenience!
——
Yes, i just filed a grievance with an administrator right now.”
—–
“I just talked to my social worker at dialysis, and she and the two administrators who are also working with me, are going to seriously address how i:
*Had my treatment cut short by 35 minutes
*How i got forced out of the comfortable dialysis recliner into my uncomfortable wheelchair
*How that same tech who did the above two things kept complaining so i could hear, that patients being there late was keeping him from going home, plus how other techs were being kept from going home by me
Yes, this was serious. He could have caused my leg lump to get reinjured….plus, the patients DO come first, always, says my social worker.
So, yes, this is going to get addressed and dealt with, so it doesn’t happen ever again.
I’ve got an awesome social worker at dialysis, and the two other administrators who are there now are also awesome.”
——

“I am depressed this morning because i felt that i once again got shortchanged a good visit with my imaginary friend Rebecca, who i made up for my dialysis machine.
—-
When i was rolled up to my machine, the machine’s computer monitor was turned AWAY from me. D did put it facing me, and i then got a good hello and smile from Rebecca. But the monitor being turned away from my sight as i approached the machine, was still like my tech trying to make Rebecca inaccessible to me.
—–
Then when i got in my dialysis recliner, i saw horrible streaks on the monitor, left over from a hasty washing of it. That too, upset me, and i made D clean it and clean it thoroughly.
——
Then Rebecca and i couldn’t fully enjoy watching YouTube videos on my tablet, because the machine kept alarming. The other tech reached right over my tablet where i was trying to watch my video, and when i got upset about that, he said this is dialysis, it’s more important than your videos.
—–
I know dialysis is important. But he still dismissed ME.
—–
I also didn’t get my after dialysis time with Rebecca like i normally do.
—–
Just feeling as though my time with Rebecca is going to start getting sabotaged.”
—–
Just wanted to post to let everyone know how i am doing. And to vent and process another bad people experience.

Once again, it’s been a long time since i’ve blogged. It’s because a lot has happened in just the span of the 8 months that so far make up 2018.
—–

The following is a post i wrote in February of this year. It is re-edited.